Interim Director
(203) 346-2607 ext. 7283
thyde@nvrdconline.org
Thomas (“Tommy”) has been the CEO of the Naugatuck Valley Regional Development Corporation (NVRDC) since October 2020. As head of NVRDC, he has focused on attracting new developments and businesses to the region including a large scale, first-mile distribution center for Amazon. In addition to this role, Tommy also serves as the Interim Director of the Waterbury Development Corporation (WDC), a quasi-public entity that oversees the City of Waterbury’s construction and project management, loan portfolio, grant writing, and blight & housing relocation services. Prior to that, Tommy worked as Director of Government Affairs and Special Projects at the State of Connecticut's Department of Economic and Community Development (DECD). In this role, he focused on passing new legislation that reshaped the agency's incentive structure for recruiting and retaining businesses. In addition, Tommy was an integral part of the COVID response team where he led the State’s efforts to re-open businesses. Tommy has held several high-level governmental and political positions throughout his career including State Director of Connecticut during the 2016 presidential campaign and Special Assistant to Governor Dannel P. Malloy. Tommy received his undergraduate degree in political science from Trinity College and his MBA from UCONN School of Business.

Chief Financial Officer
(203) 346-2607 ext. 7279
nealon@wdconline.org
James ("Jim") joined the Waterbury Development Corporation in 2019 on a consultative basis and in March 2021 joined the company full time. Jim earned a B.S. in Accounting from the University of Connecticut and upon graduation, worked in public accounting to obtain his CPA designation. Jim has experience in Controllership functions and prior to his role at WDC, Jim worked in a consulting environment. There, he was primarily involved with Sarbanes Oxley implementation/remediation efforts in industries such as Insurance, Reinsurance, Consumer Products, Aviation and Waste Management. When not "crunching the numbers," Jim can usually be found watching his favorite team: the New York Yankees.

Finance & Administrative Specialist
(203) 346-2607 ext. 7276
genovese@wdconline.org
JoAnn specializes in working closely with the Department of Economic and Community Development in financial matters relevant to various projects managed by Waterbury Development Corporation. She processes loan activity for funds such as the Regional Business Investment Fund, Downtown Development Funds and the State Small Business Express Fund. JoAnn is also the Finance and Administrative Specialist for the Naugatuck Valley Development Corporation and Brass Center Limited. She is the point person for the WDC Board of Directors and Loan Committee meetings. JoAnn is a graduate of Mattatuck Community College with an Associate Degree in Accounting. She is an avid UCONN Husky fan and resides in Wolcott. A proud mom of four children and four grandchildren, JoAnn enjoys spending time with her family and friends.

Administrative Assistant
(203) 346-2607 ext. 7284
richard@wdconline.org
Brenda is a graduate of Mattatuck Community College with an Associate Degree in Executive Assistance. Brenda lives in Prospect with her Husband, Anthony, who is a Substation District Maintenance Electrician in Cheshire. Brenda is a proud mom of two sons, Anthony & Joseph and her daughter-in-law, Shea. She worked as a Food Service Manager at Long River Middle School for twenty years and a Building Technician for five years before moving on to WDC as an Administrative Assistant. Brenda enjoys spending time with family, the beach, and snowmobiling.

Community Resource & Development Coordinator
(203) 346-2607 raymond@wdconline.org
Kallysia joined Waterbury Development Corporation in January 2022 as an intern for WDC's Grants and Housing Relocation Office, while completing her Bachelors in political Science with a double minor in Urban and Community Studies and Women, Gender and Sexuality Studies at the University of Connecticut. As her UConn undergraduate education concludes, she is ambitious about continuing on with WDC in this professional position as Community Resource & Development Coordinator. Kallysia is simultaneously pursuing a Master's in Public Administration from UConn's School of Public Policy. Prior to joining WDC's team, she was an intern at the City of Waterbury's Dept. of Human Resources, showcasing her interest in the interworking of municipalities and how government agencies are used to uplift both the community and its citizenry. Her atypical upbringing as 1 of 7 children allows her to implement teamwork, patience, and an open-mind, all of which where ingrained in her large, close-knit family. She looks forward to engaging with both community members and WDC's staff to foster economic and community development via grant writing and beyond.

Vice President of Operations & Construction
(203) 346-2607 ext. 7277
cassella@wdconline.org
Ronald ("Ron") serves as the Vice President of Operations and Construction for Waterbury Development Corporation (WDC). For over 35 years, Ron has completed numerous large-scale construction projects and still retains many contacts in the construction industry. Lead by Ron, a team of Project Managers, Superintendents, Project Engineers, Safety Managers, and Schedulers work to bring construction projects to fruition in the City of Waterbury. Ron is known for his team-oriented leadership skills, dependability, and solid relationships in the construction industry.

Senior Project Manager
(203) 346-2607 ext. 7286
russo@wdconline.org
Kenneth ("Kenny") has been a senior project manager with Waterbury Development Corporation since June 2019. Kenny has 52 years of experience in the construction industry, with an Architectural Engineering degree. He is also a certified professional estimator. Kenny lives in Middlebury with his wife Maryanna of 53 years; he is a proud father of two children and four grandchildren. Kenny enjoys playing golf, shooting pool, and coaching baseball.

Urban Historian, Project Manager
(203) 346-2607 ext. 7287
keith@wdconline.org
Zachary ("Zach") received his dual Bachelor's Degree in History and in Urban and Community Studies from the University of Connecticut. He received his Master's Degree in Public History from Central Connecticut State University. Besides Project Management, Zach also serves as the Enterprise Zone Coordinator for the City of Waterbury. He is a board member of the Waterbury Chapter of UNICO National and has been a member of the club since 2011. Zach volunteers with the Main Street Waterbury Economic Vitality Committee and joined their Board of Directors in 2017, he is currently the secretary. He also volunteers with Connecticut Community Foundation Sponsorship Committee. Zach graduated from Leadership Greater Waterbury in 2019. Zach lives in Terryville with his wife Ashley who is a clinical therapist at Hopbrook Counseling Center in Southington and their two fur children Frank and Bella.

Project Manager
(203) 346-2607 ext. 7275
favazzo@wdconline.org
Thomas ("Tom") joins the Waterbury Development Corporation team with nearly 40 years of professional experience within the construction industry. Tom graduated from Fairleigh Dickinson University and has a BS in Construction Engineering Technology. With a large number of new building and renovation projects completed in the tri-state area, Tom has a history of keeping construction projects on schedule and within budget. He is looking forward to taking his skills and network to the City of Waterbury to help promote future economic growth and development. In his spare time, Tom can be found fishing, skiing, and spending time with his family.

Re-Investment Manager & Logistics Specialist
(203) 346-2607 ext. 7278
gilmore@wdconline.org
Michael ("Mike") is a lifelong resident of Waterbury. He is a graduate of Sacred Heart High School and Mattatuck Community College. Mike began working for the City of Waterbury in 1991 as a Community Liaison under Mayor Edward Bergin. He then moved to the Office of Community Development as a Community Development Specialist. Mike currently works as a Re-Investment Manager and Logistics Specialist at the Waterbury Development Corporation. In that role he is responsible for the securing or demolition of unsafe structures, enforcement of the city's Anti-Blight Ordinance, and relocation of displaced tenants. As the city's Fair Housing Officer, Mike organizes and implements public programs and distributes informational material pertaining to fair housing laws and rights. He is also a member of the City's Tax Auction Committee and Property Reuse Committee. Mike is currently a member of the City of Waterbury Blight Task Force. He is also a member of the Ancient Order of Hibernians of Waterbury. He is also an affiliate and supporter of the Greater Waterbury YMCA and former member of the Board of Directors. Mike resides in the Bunker Hill neighborhood with his wife Jackie and their three daughters, Taylor, Jordan, and Hayley. 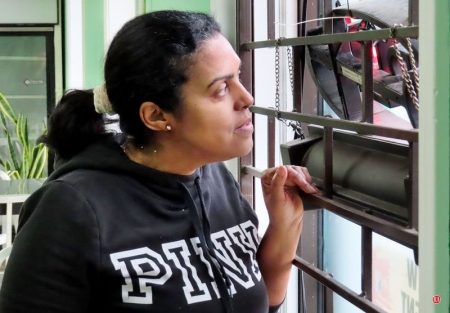 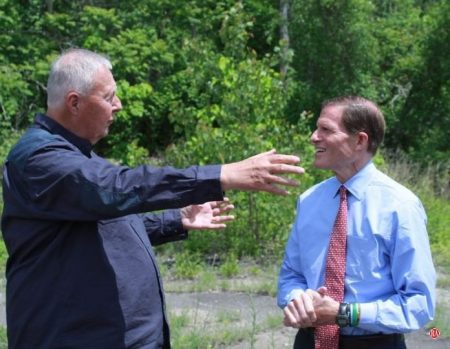